Report: Taysom Hill Must Throw 224 Passes in a Season to Be Paid as Quarterback 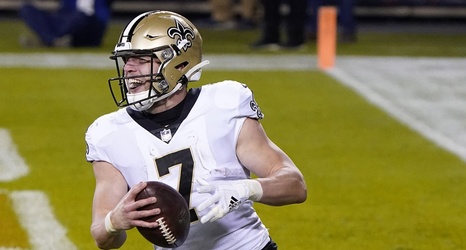 Taysom Hill is one of the most unique players in the NFL and now he is getting a contract to match. The Saints have not used Hill as their starting quarterback this year as they previously did last season when Drew Brees retired. If that changes over the next few years, Hill could cash in.

On Monday, ESPN's Adam Schefter reported that Hill signed a four-year deal worth a base of $40 million, with $22.5 million guaranteed. However, if Hill ascends to the starting quarterback role for the franchise, that figure could move up to $95 million.