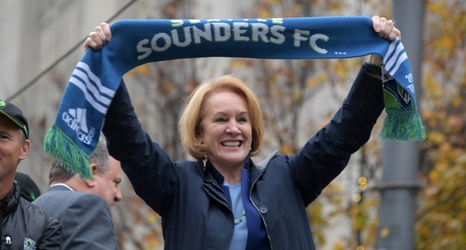 With NBA commissioner Adam Silver floating the idea of the expansion, plenty around the game have viewed the idea as an opportunity for Seattle to regain a franchise after losing the SuperSonics in 2008.

On Thursday, Durkan told KING 5 TV in Seattle that she felt "pretty optimistic" about the idea that the Sonics could return after speaking with Silver by phone just before Christmas. Durkan said Silver "let it slip" that the league was exploring expansion and that Seattle would be at the top of the list.