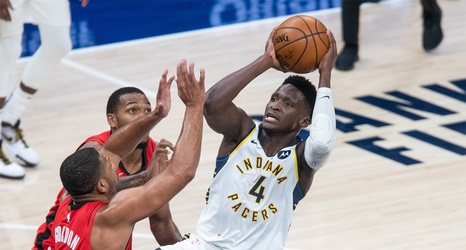 The Houston Rockets have acquired two-time NBA All-Star All-Star Victor Oladipo in connection to the multi-team blockbuster that sent former league MVP James Harden to the Brooklyn Nets, according to Shams Charania of The Athletic.

In addition to the former Indiana star, the Rockets are reportedly acquiring Brooklyn's three unprotected first-round draft picks— 2022, 2024 and 2026— plus pick swaps with the Nets in 2021, 2023, 2025 and 2027. Houston also will receive Brooklyn forward Rodions Kurucs and guard Dante Exum from the Cavaliers.

Nets guard Caris LeVert will end up with the Indiana Pacers once the reported deal is officially completed.