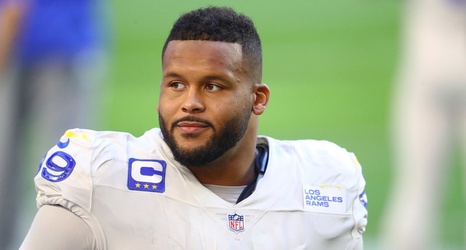 Pittsburgh attorney Todd Hollis plans on filing a assault charges against Rams defensive tackle Aaron Donald on behalf of a client who was involved in an alleged incident involving Donald this past weekend, Hollis told KDKA's Andy Sheehan.

Hollis said, his client, De Vincent Spriggs, was allegedly physically assaulted in the early morning hours of April 11 after an altercation at an after-hours club, according to the Pittsburgh Post-Gazette's Mick Stinelli. According to the Post-Gazette, Spriggs was left with a concussion and other injuries.

Hollis provided an image of Spriggs to KDKA of a man who appeared to have a swollen eye and cuts on his face.