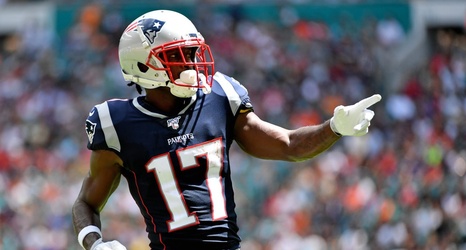 The Patriots will not re-sign free-agent wide receiver Antonio Brown, according to ESPN's Adam Schefter.

New England signed Brown prior to Week 1 after he was released by the Raiders. The four-time All-Pro caught four passes for 56 yards in his lone game with the Patriots, but he was released after the NFL announced an investigation into Brown's alleged harassment and intimidation of a woman who accused him of an "unwanted sexual advance."

The NFL met with Brown in November. The league is investigating Brown under its "personal conduct policy" after his former trainer Britney Taylor accused him of rape and two other incidents of sexual misconduct, per Schefter.