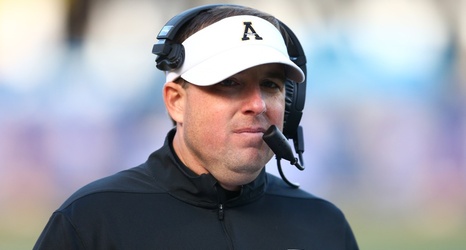 KANSAS CITY, Mo. — Missouri reached an agreement Sunday with Eliah Drinkwitz to take over the Tigers' once-proud football program, a person with knowledge of the hiring told The Associated Press, making Appalachian State's successful coach the second-youngest in a Power Five conference.

The person spoke to the AP on condition of anonymity because the contract was still being drawn up and the school had not made an announcement. Drinkwitz was also being pursued by SEC rival Arkansas for its head-coaching vacancy.

Tigers athletic director Jim Sterk said he wanted to move swiftly in hiring a replacement for Barry Odom, the former player and assistant coach who went 25-25 in four seasons leading the program.