Report: Miles Bridges Expected to Miss 10-14 Days Due to Health and Safety Protocols 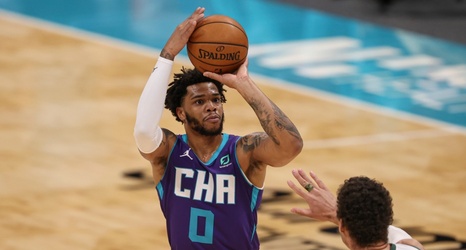 Hornets forward Miles Bridges is expected to miss 10-14 days due to the league's health and safety protocols, according to The Athletic's Shams Charania.

Bridges, 23, has emerged as one of Charlotte's top young players since being drafted with the No. 12 pick in the 2018 NBA draft.

He is averaging 12.4 points and 6.1 rebounds per game this season and has posted 50/40/86 shooting splits. Bridges has become a fan favorite in Charlotte in recent years after unleashing a number of highlight dunks in his first three seasons.

Hornets guard LaMelo Ball returned to the floor on Saturday night after missing 21 games due to a wrist injury.