Report: Justin Verlander to Resume Throwing, Hopes to Return in 2020 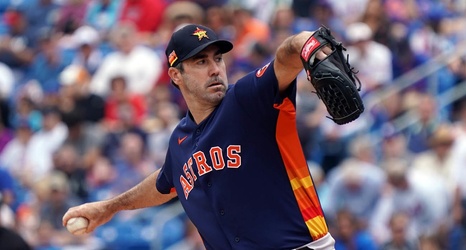 Astros starting pitcher Justin Verlander plans to resume throwing next week as he looks to return in 2020, according to MLB.com's Brian McTaggart.

Verlander has not pitched since he threw six innings in a win over the Mariners on July 24. It was reported that he would miss the 2020 season with an elbow injury two days later, but manager Dusty Baker said later that day that Verlander would be shut down for a couple of weeks before being reevaluated. Verlander also refuted the report that he would miss the season.