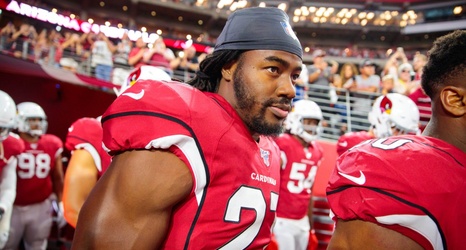 Arizona Cardinals defensive back Josh Shaw may have violated the league's gambling policy by betting on a three-team parlay that included a game with his team, according to ESPN's David Purdum.

The bet was reportedly made on Sunday, Nov. 10 at a Caesars sportsbook in Las Vegas and focused on the second halves of Week 10 games. His bet lost since the Tampa Bay Buccaneers failed to cover a second-half spread against the Cardinals, according to ESPN. The league told ESPN that neither the type of bet nor the games involved matter in the league's gambling policy.