Report: Front Rows of NFL Stadiums to Be Used for Sponsorships 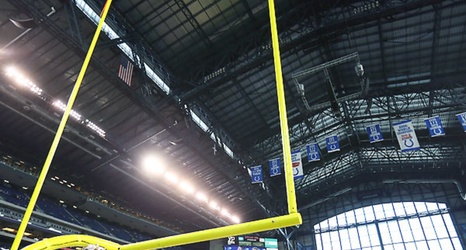 NFL teams will be allowed to sell "camera-visible" signage to local sponsors in 2020, according the Sports Business Daily's Ben Fischer.

Teams were not previously able to sell local signage near the field, but the policy has altered in the wake of the COVID-19 crisis, per Fischer.

The first six-to-eight rows of the lower deck in each stadium will reportedly be unoccupied by fans in 2020 in order to protect coaches and staff members. With no fans in those seats, they will now potentially be covered by tarps, which could include sponsorship logos, per Fischer.