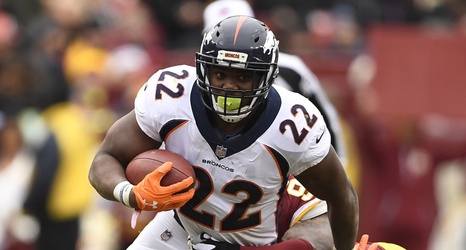 Free agent running back C.J. Anderson is retiring from the NFL and will pursue a career in coaching, according to ESPN's Adam Schefter.

Anderson signed with the Broncos after going undrafted in the 2013 NFL draft. He made the Pro Bowl in 2014 after rushing for 849 yards and eight touchdowns and adding 324 receiving yards. Anderson spent the first five years of his NFL career with Denver before joined the Panthers and Rams in 2018.