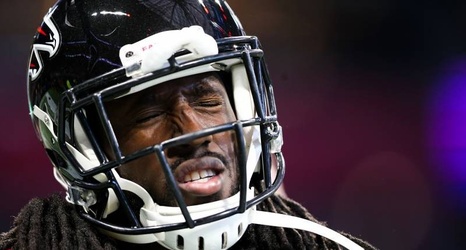 The 4-9 Atlanta Falcons will have to try to make the best of their 2019 campaign without cornerback Desmond Trufant.

According to NFL Network's Ian Rapoport, Trufant suffered a season-ending broken forearm in the Falcons' 40-20 win over the Carolina Panthers on Sunday. The 29-year-old is expected to undergo surgery this week.

Rapoport's report was confirmed by ESPN's Vaughn McClure, who added that Trufant's surgery will be scheduled Monday.

Trufant broke his forearm in the first quarter and was initially listed as questionable to return before being downgraded to out.