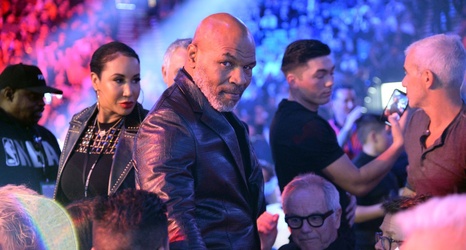 The eight-round exhibition fight between Mike Tyson and Roy Jones Jr. previously scheduled to take place on Sept. 12 has been tentatively postponed to Nov. 28, according to The Ring's Ryan O'Hara and The Athletic's Mike Coppinger.

The fight was pushed back because Tyson's team felt revenue could be maximized by rescheduling, with Jones approving the switch, per O'Hara. The event is still reportedly planned to take place without a crowd at Dignity Health Sports Park in Carson, Calif.

Tyson, 54, is set to make his boxing comeback in the exhibition match after retiring from the sport in 2005.