Report: Execs Saw Patriots as Only Team 'Desperate' for Starter Like Cam Newton 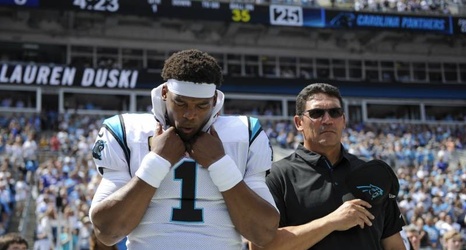 The New England Patriots' decision to sign veteran quarterback Cam Newton reportedly didn't come as a big surprise to some within the NFL.

According to ESPN's Jeremy Fowler, some league executives felt the Patriots were the only team "desperate for a viable NFL starter," following Tom Brady's decision to leave New England and sign with the Tampa Bay Buccaneers.

Per NFL Network's Ian Rapoport, the deal is for one year and could pay Newton up to $7.5 million if he hits all incentives.