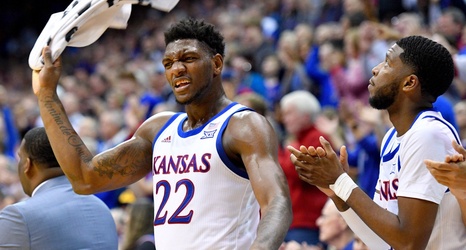 Former Kansas center Silvio De Sousa is expected to be charged with aggravated battery stemming from an incident on Jan. 1, according to the Lawrence Journal-World's Mackenzie Clark.

A document was filed on Monday alleging that De Sousa "unlawfully, feloniously and recklessly cause(d) great bodily harm or disfigurement to another person," during the Jan. 1 incident. Records do not indicate that De Sousa was arrested following the incident, per Clark.

De Sousa announced he was leaving the Jayhawks on Oct. 16 to focus on "some personal issues."

“I have a lot of things weighing on my mind and need to address these by taking time for myself and stepping away from basketball,” De Sousa wrote on Twitter.