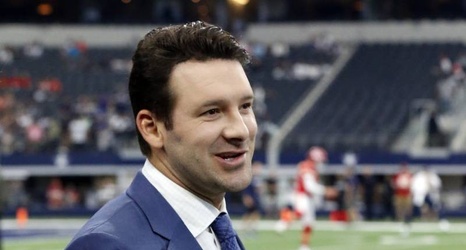 ESPN is reportedly prepared to offer broadcaster Tony Romo a bigger annual contract than he ever received as base salary as the quarterback of the Dallas Cowboys.

According to Michael McCarthy of Front Office Sports, the network "is preparing" to make Romo the highest-paid sports broadcaster in television history with a contract worth between $10 million to $14 million per year.

For context, he never made more than $8.5 million in base salary during any of his seasons with Dallas.

McCarthy noted Romo is seen as someone who could either succeed Booger McFarland on Monday Night Football or be a key figure in coverage on Sundays if ESPN lands a new package of games during negotiations in 2020-2021.