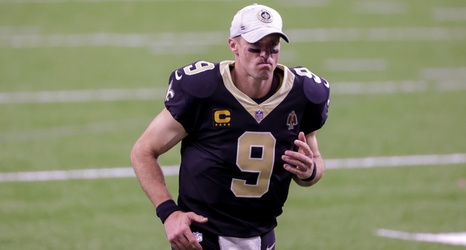 One day after the team placed him on the injured reserve, Saints quarterback Drew Brees reportedly has 11 rib fractures—eight on his left side and three on his right, according to Ed Werder of ESPN.

Brees has undergone X-rays and CAT scans every other day this week. He sustained the injuries—which included a collapsed lung—in New Orleans' Week 9 matchup against Tampa Bay and in Week 10 against San Francisco. He's eligible to be activated in Week 14, when the Saints face the Eagles on the road.

On the season, Brees has completed 73.