Report: Deron Williams to Fight Frank Gore in Undercard of Paul vs. Fury 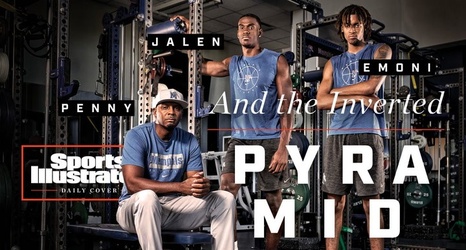 Former NBA All-Star Deron Williams and longtime NFL running back Frank Gore will fight in a four-round boxing match, according to ESPN's Adrian Wojnarowski. The fight will be an undercard for Jake Paul vs. Tommy Fury on Dec. 18 in Tampa.

The news was first reported by The Athletic's Shams Charania on Friday.

Williams, a three-time All-Star and two-time Olympic gold medalist, hasn't played in the NBA since 2017. But outside of basketball, he also is a part owner of a MMA gym called Fortis MMA in Dallas.

Gore, a five-time Pro Bowl running back, has played 241 NFL games — the most at his position in NFL history.