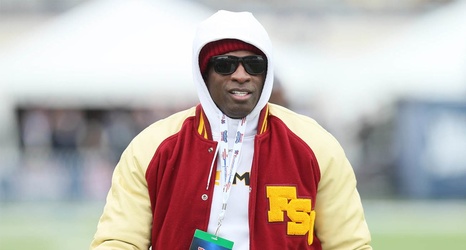 The Florida State Seminoles might return to being primetime TV when they hire their next head coach, and they certainly will be must-see if Prime Time himself gets the job.

According to the NFL Network’s Ian Rapaport and Mike Garafolo, Pro Football Hall of Famer Deion Sanders has emerged as a candidate for the FSU head coaching job.

The eight-time Pro Bowler attended Florida State during the late 1980s, playing three sports: football, baseball and track. While in college, he once played in a baseball doubleheader in Columbia, S.C., and between games ran a leg for FSU’s 4x100-meter relay team in his baseball pants.