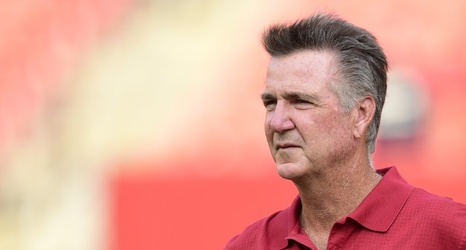 "The photo depicted two scantily clad women," Florio wrote. "One was bent over, and the other one was giving her a shot in the buttocks with a fake needle. Allen wrote, 'For our next meeting on HGH' or words to that effect."

The report comes amid continued questions over the evidence in the NFL's possession from an investigation into allegations of a toxic workplace within the WFT organization.

In the summer of 2020, the Washington Post published two investigations about the organization's environment.