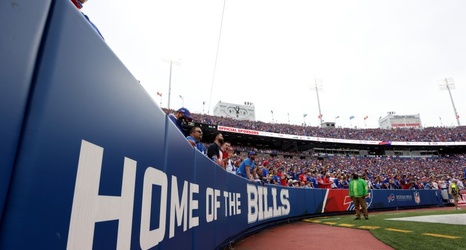 Pegula Sports & Entertainment, which owns the Buffalo Bills, has been angling for public funding to build a new stadium for the defending AFC East champions.

They've done so to the point where a company spokesperson said that Buffalo and the state of New York were "going to have to decide if they want a team."

However, Josh Kosman of the New York Post reported that any public threats to move the team likely won't come to fruition:

"But a source who knows the family and has spoken to them in recent weeks tells The Post that the threats are just that — idle threats: The Pegula family isn't likely to move the Bills, even if they don't get state or local funding to help build a new 60,000-seat stadium, the source said.