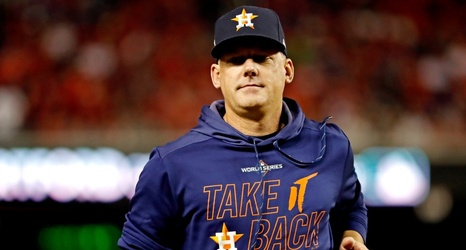 Former Houston Astros manager A.J. Hinch is the favorite to become the next manager of the Detroit Tigers, according to ESPN's Buster Olney. A final decision is is expected soon, as Detroit is making "decisive progress" toward finalizing a deal.

Hinch managed the Astros from 2015-19, leading the franchise to a World Series title in 2017. He was fired in January and handed a one-year suspension by Major League Baseball for his role in Houston's 2017-18 sign-stealing scandal.

Hinch did not devise the scandal, yet he was punished for his role in allowing it to happen.