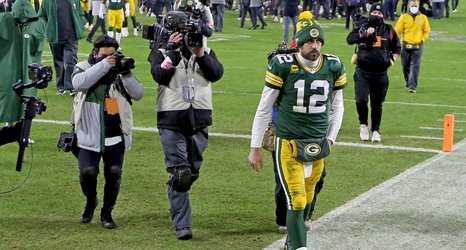 Packers quarterback Aaron Rodgers is reportedly unlikely to report for the team's mandatory minicamp on Tuesday, per NFL Network's Tom Pelissero. The Packers can fine Rodgers $93,085 if he misses all three days. He's already missed out on a $500,000 workout bonus when he skipped organized team activities.

Rodgers has reportedly been frustrated with the Packers front office for years because of difference of opinion when it comes to his supporting cast. Like any quarterback, Rodgers has wanted the team to use one of its coveted first-round picks on offensive targets for him but instead, the team has repeatedly gone in a different direction.