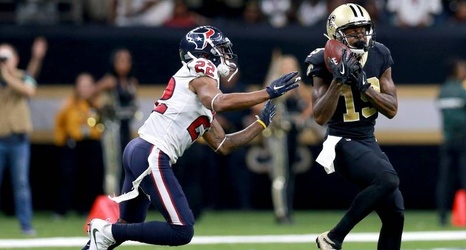 The release comes one day after Colvin started in the Texans' 30-28 defeat to the New Orleans Saints.

He was the nearest defender on a nine-yard reception to Saints wideout Ted Ginn Jr. on New Orleans' final play from scrimmage before a Wil Lutz 58-yard field goal sealed the win.

Per Over the Cap, Colvin's $7.5 million base salary is guaranteed for this season.