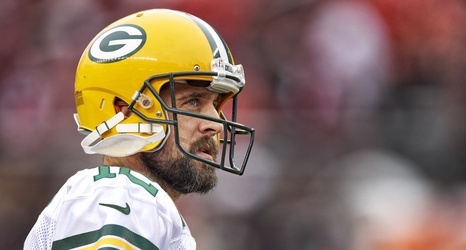 With the 2021 NFL draft beginning in a matter of hours, a number of teams have reached out to the Packers regarding a possible trade for quarterback Aaron Rodgers.

Tom Pelissero of NFL Network reported Thursday that the 49ers reached out to the Packers on Wednesday about trading for Rodgers but that no formal offer was made. According to one of Pelissero's sources, there is a "zero percent chance" that Green Bay trades its franchise quarterback.

FOX Sports' Jay Glazer also reported Thursday that a few teams had called the Packers about Rodgers, but did not provide specifics about any particular franchises.