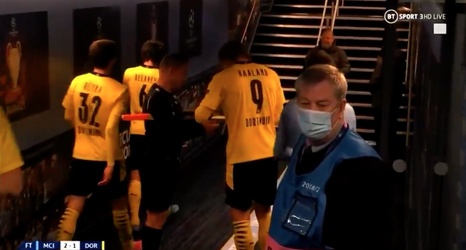 Everyone wants a piece of Borussia Dortmund’s Erling Haaland these days. The 20-year-old Norwegian is blossoming into one of the finest attackers in the world, with 21 Bundesliga goals this season and another 10 in the Champions League (plus one hilarious instance of trash talk). The race between the world’s biggest clubs to sign him this summer has already begun in earnest, but Haaland has already put pen to paper in an unexpected way: After Tuesday’s Champions League match, one of the assistant referees, Octavian u0218ovre, tracked Haaland down in the tunnel and asked him to autograph his yellow card.