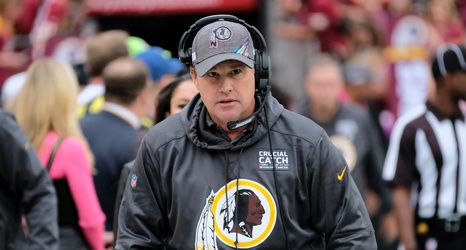 Five games into a winless season, the Washington Redskins on Monday fired their coach, Jay Gruden. The change came one day after Washington lost, 33-7, to the New England Patriots to go to 0-5.

In the season opener at Philadelphia, Washington blew a 17-point lead. In week 3, fans booed as the team fell behind by 28-0 to Chicago and quarterback Case Keenum committed five turnovers. Week 4 brought a 24-3 defeat to the division rival Giants. On Sunday, the stands in Washington were full of Patriots fans, in another indignity.