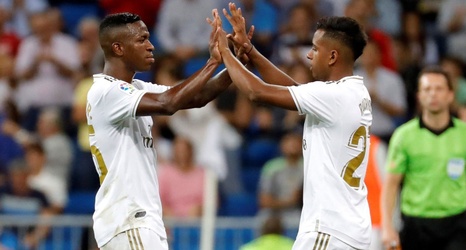 Advantage Real Madrid. El Clásico was a disjointed affair, but Madrid came out on top and the 2-0 win took it top of La Liga by a point ahead of Barcelona. Given the fallibility of both sides, nobody would suggest this settles the title race – although it might have had Barca won to go five points clear. But beyond the specifics of the result and what it might mean in the title race was a more general sense that this is a fixture whose status is in serious decline.

There was little here to dispel the notion that the big two in Spain this season are as weak as they’ve been in years.