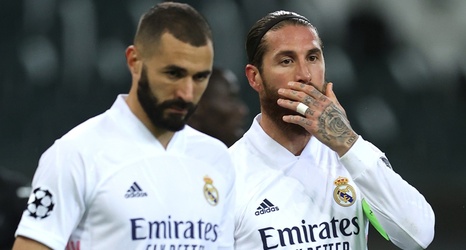 Two very late goals for Real Madrid at Borussia Monchengladbach perhaps staved off any real talk of crisis. Tuesday's 2-2 draw, though, does not tell anything like the whole story: this was a Champions League performance that only magnified the doubts about Zinedine Zidane’s side on another night that seemed to confirm the era of Spanish domination in Europe is over.

A single point from its first two games mean Real Madrid is in serious danger of failing to make it through its Champions League group for the first time since 1997. On every previous occasion, Madrid has been in a group, it has progressed from it.