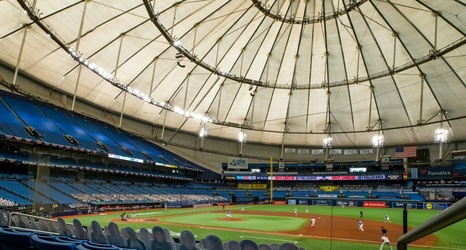 A lawsuit has been filed against Rays principal owner Stuart Sternberg due to an alleged plot to sell the team to Montreal investors.

Sternberg was sued by a group of minority owners for the Rays, who accuse him of acquiring additional control of the Rays as he simultaneously attempted to sell an interest of the team to Montreal investors in 2014.

The Rays's exclusivity agreement with Tropicana Field requires them to play all home games in St. Petersburg, Fla. through 2027. Sternberg's alleged actions may have violated that exclusivity clause, per the Tampa Bay Times.