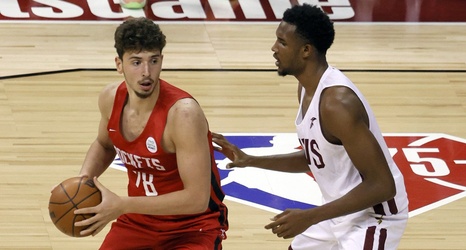 Editor's note: If you or someone you know is having thoughts of suicide or is in emotional distress, contact the National Suicide Prevention Lifeline at 1-800-273-TALK(8255) or at suicidepreventionlifeline.org.

Rays bullpen catcher Jean Ramirez died by suicide earlier this week, according to the Tarrant County (Texas) medical examiner on Thursday. He was 28 years old.

According to the Tampa Bay Times, Ramirez was found on Monday in a field near his family's home in Fort Worth.

Ramirez, a former collegiate baseball player at Arkansas, was a 2016 MLB draft selection by the Rays, playing three seasons in the minor leagues for the organization before his release.