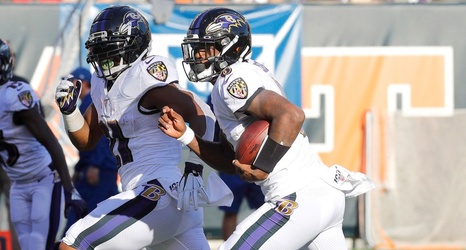 After the Ravens’ final game of the 2018 season, coach John Harbaugh talked about how the team was going to spend the offseason doubling down on the type of fundamental minutiae that would strengthen the core of Baltimore’s downhill running game piloted by Lamar Jackson (mostly ball security).

The team had just lost to the Chargers in the playoffs, and more of the discussion centered around the brilliant defensive game plan by Gus Bradley to stop Jackson, holding him to 14-of-29 passing for 194 yards, two touchdowns and an interception, plus nine carries for 54 yards.