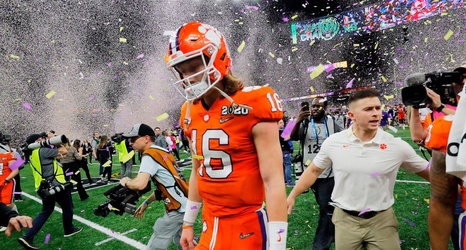 NEW ORLEANS — The final play of Trevor Lawrence's sophomore season was a fumble.

The Clemson quarterback was hit on a scramble, the ball jarred loose and recovered by LSU. Lawrence stayed crouched on the field for a few seconds after the play, distraught at the result of that play and the air of finality that came with it. Down 17 points with less that four minutes to play, this was the end.

There would be no miracle comeback. The 29-game winning streak, spanning his entire Clemson tenure, was over. For the first time since high school, Lawrence had to reacquaint himself with defeat.