Rapoport: Browns Don't Seem to Have 'That Much Interest' in Jimmy Garoppolo Trade 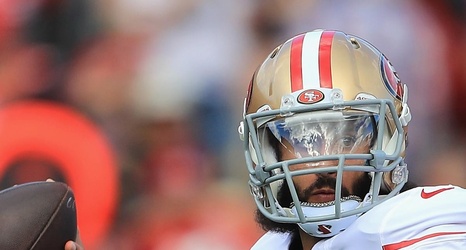 Despite the uncertainty surrounding quarterback Deshaun Watson's status for the 2022 season, the Cleveland Browns don't appear to be motivated to pursue a trade for another starter.

NFL Network's Ian Rapoport said during a appearance Monday on the Pat McAfee Show that it's unlikely that Cleveland is willing to acquire Jimmy Garoppolo from the San Francisco 49ers.

"I just don't get the sense that the Browns are that interested. I just don't. I mean, they signed Jacoby Brissett for a reason," Rapoport said (around the 1:45 mark). "If they trade for Jimmy G, it's 20-plus more million dollars.