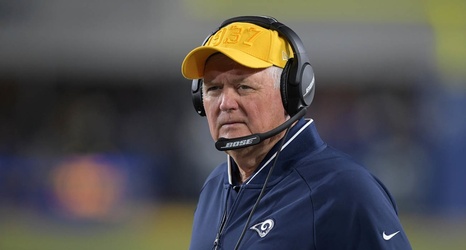 Wade Phillips will not return as the Rams' defensive coordinator next season.

Phillips confirmed reports of his dismissal on Twitter on Monday afternoon and said he wants to continue coaching.

ESPN's Lindsey Thiry and the Los Angeles Times's Gary Klein were first to report the news.

Phillips, 72, signed a three-year contract with the Rams in 2017 after the team hired head coach Sean McVay.

Los Angeles suffered a disappointing season and was knocked out of playoff contention in Week 16. They finished 9–7 one year after winning the NFC Championship and reaching Super Bowl LIII.