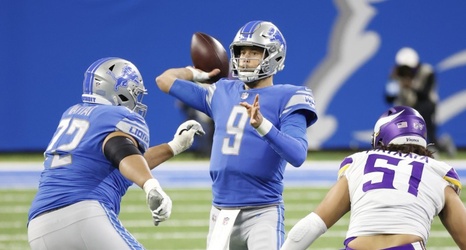 Los Angeles Rams general manager Les Snead hopes he found both his quarterback of the present and semi-distant future in Matthew Stafford.

“I don’t think we did it thinking two years,” said Snead of the trade to acquire Stafford on the 11 Personnel podcast. “Based on his age, you can legitimately think five to seven, eight years if you look at what Drew (Brees) has done.

“With quarterbacks of his pedigree, a lot of those guys have played into their late 30s, for sure. So that was definitely the vision with (Stafford).”

Stafford has two years and $43 million remaining on the contract he originally signed with the Detroit Lions in 2017.