Rams Coach Sean McVay Getting His Own Statue at Miami University 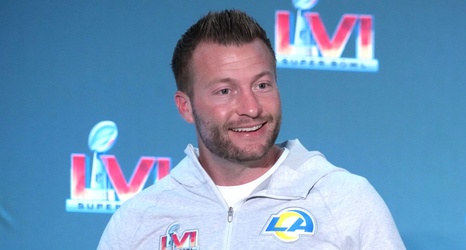 Rams coach Sean McVay will be honored with a statue at his alma mater, Miami University in Ohio, following his Super Bowl LVI win from February. The statue is expected to be unveiled sometime next year.

The university has a section outside of its Yager Stadium called the “Cradle of Coaches” due to the various amounts of legendary coaches that went to the school. So far, former Browns and Bengals co-founder and coach Paul Brown and former Miami (Ohio) and Michigan coach Bo Schembechler have statues in the area.