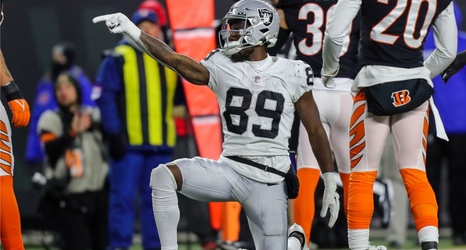 The Raiders’ busy offseason continued Friday with the club’s decision to trade receiver Bryan Edwards to the Falcons.

The move was first reported by the Las Vegas Review-Journal and later confirmed by Atlanta. According to ESPN’s Adam Schefter, the Raiders will receive a 2023 fifth-round pick in exchange for the 23-year-old and a ’23 seventh-round pick.

Edwards’s departure comes two years after the Raiders selected him in the third round (No. 81) in 2020. Las Vegas has now parted ways with its top five picks in that year’s draft: WR Henry Ruggs (No.