Raiders News: Tyrell Williams Discusses How Antonio Brown Has Been as a Teammate 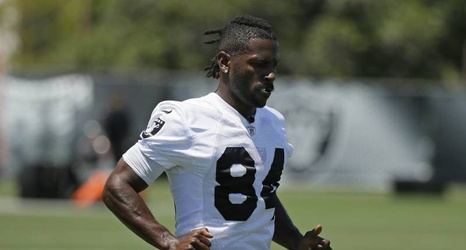 Antonio Brown might be an enemy to the Pittsburgh Steelers, but he's been making friends with his new Oakland Raiders teammates.

"He's awesome," Tyrell Williams told TMZ Sports. "We love him. We love him. It's been fun."

Brown spent the first nine years of his career in Pittsburgh but had an ugly divorce with the team this offseason.

The receiver reportedly had an argument with quarterback Ben Roethlisberger before Week 17, causing him to leave the team and become inactive for the final game of the year, per Gerry Dulac and Ed Bouchette of the Pittsburgh Post-Gazette.