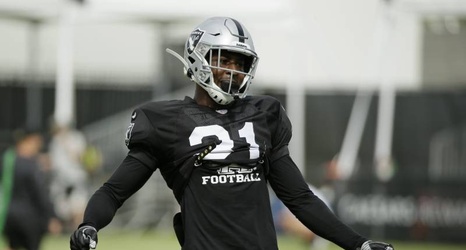 Football took a backseat for a scary moment during the third quarter of Monday's game between the Denver Broncos and Oakland Raiders.

Raiders cornerback Gareon Conley was carted off the field on a stretcher after teammate Johnathan Abram's leg hit his head. Myles Simmons of the Las Vegas Review-Journal noted the Ohio State product gave the fans a thumbs-up as he was carted off, and Levi Damien of Silver and Black Pride said, "Hopefully this turns out to be precautionary only. It would be an [injury] to Conley's neck.