Raiders' Derek Carr on Jon Gruden Emails: 'I Hate the Action, but I Love the Person' 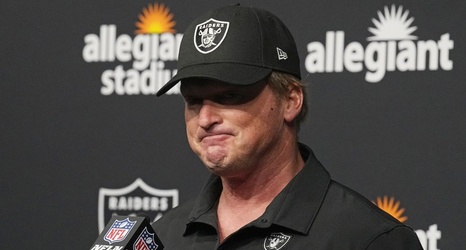 Las Vegas Raiders quarterback Derek Carr spoke with reporters in the aftermath of Jon Gruden's resignation after it was revealed that the team's now-former head coach routinely used racist, anti-gay and misogynistic language in emails while he worked as an ESPN football analyst in the 2010s.

"I hate the action, but I love the person," Carr said of Gruden.

Carr also add more comments regarding the language use:

The emails were part of the NFL's investigation into allegations of sexual harassment and verbal abuse within the Washington Football Team organization. Some of the emails Gruden sent were addressed to former WFT president Bruce Allen.