Raiders' Darren Waller Is Week-to-Week with Knee Injury Ahead of Game vs. WFT 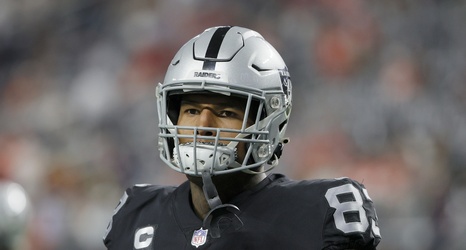 Raiders interim head coach Rich Bisaccia gave the update during his Monday press conference ahead of a Week 13 matchup with the Washington Football Team.

If Waller sits on Sunday, it will be the second time he's missed action this season. Waller also sat out a Week 7 game against the Philadelphia Eagles with an ankle injury.

The 29-year-old has been a big part of Las Vegas' offense this season. He has 53 catches for 643 yards and two touchdowns in 10 games.