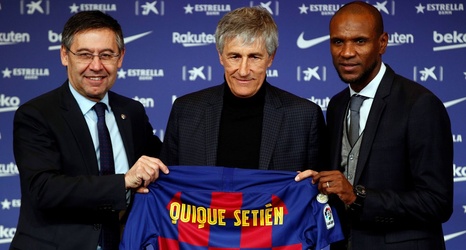 MADRID (AP) – Before a match against Barcelona at the Camp Nou more than a year ago, then-Real Betis coach Quique Setien asked Sergio Busquets for his game shirt.

He said he wanted it with a written dedication, so he could frame it.

The Barcelona midfielder complied, later sending Setien an autographed jersey with the message: ''For Quique, with love and admiration for your way of looking at football. All the best.''

Setien was back at the famous stadium on Tuesday, more than 14 months later, to be officially introduced as the coach of Barcelona, the club that for so long inspired his vision of soccer.