Q&A: Nneka Ogwumike Isn’t Letting Any Setbacks Slow Her Down 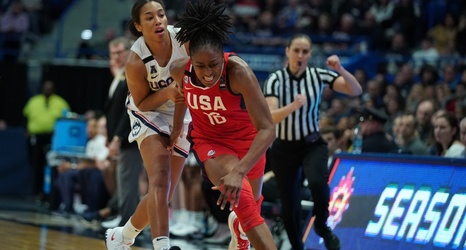 Nneka Ogwumike has never been one to allow setbacks or snubs to keep her from thriving.

Even after Team USA’s controversial decision to leave her off the Olympic Team in Tokyo, and FIBA’s decision that she couldn’t play for Nigeria with her sisters Chiney and Erica despite holding dual citizenship her entire life—Ogwumike has accomplished a great deal in 2021.

Earning her recognition as one of the biggest stars in basketball, the WNBA named Ogwumike one of the greatest 25 players in league history, and the Sparks star cemented her status in pop culture when she starred in the movie Space Jam: A New Legacy.