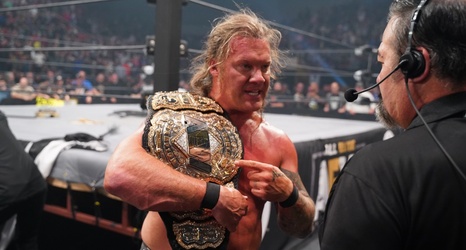 Chris Jericho defends his All Elite Wrestling world title this Saturday against Cody Rhodes at the “Full Gear” pay-per-view in Baltimore.

Jericho has provided name value and exposure to the AEW brand, capitalizing on his notoriety. He has worked to put a spotlight on new talent in the company, including the members of his “Inner Circle” stable, specifically Sammy Guevara, as well as with some of the challengers for his title, like Darby Allin.

Jericho spoke with Sports Illustrated one day before Full Gear to share his philosophy on the business, He discussed whether there are any connections between his heel faction and the NWO, what separates AEW from WWE, and shared his respect for Cody Rhodes, who has excelled in his role as lead babyface for the company.