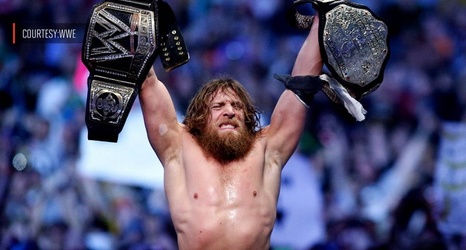 The 32-year-old, whose name is Jermaine Haley, defeated Johnny Gargano in a cage match last week on NXT to win the belt. A 14-year wrestling pro, the moment marks the highest level of notoriety he has reached thus far in his career.

Growing up in Adelaide, Australia, a future in WWE appeared to be a very distant goal. But the 6-foot 330-pounder remained determined in his pursuit of excellence. His persistence paid off as he now brings a style and charisma to NXT unmatched by any of his peers.