Purdue's Rondale Moore Opts Back In for 2020 Season 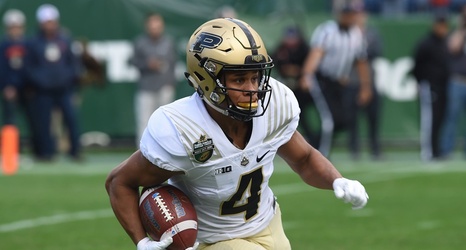 Purdue wide receiver Rondale Moore has opted back in and will play in the 2020 season.

On Aug. 6, Moore opted out of the 2020 season, citing the "unprecedented circumstances" surround the COVID-19 pandemic and saying he would prepare for the 2021 NFL draft.

Five days later, the Big Ten announced it would not hold a fall football season but attempt to play in spring 2021. However, the conference reversed its decision last week and said it will hold a shortened season beginning the weekend of Oct.