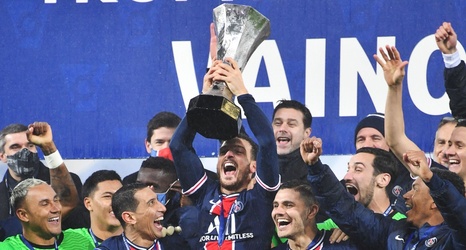 It took Pochettino more than 500 games to finally earn a trophy after starting his coaching career 12 years ago with Spanish club Espanyol. He lost two finals with English side Tottenham — in the 2015 League Cup and the 2019 Champions League.

Neymar missed five games with an ankle injury and came off the bench midway though the second half. With five minutes remaining he sent substitute goalkeeper Yohann Pele the wrong way from the spot after Pele had fouled striker Mauro Icardi.