PSG vs. Dortmund in UCL to Be Played Behind Closed Doors Due to Coronavirus 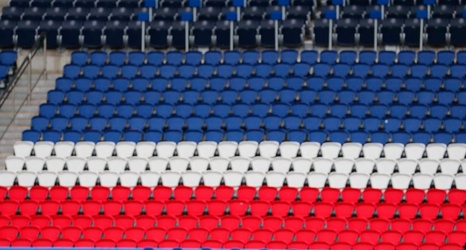 PARIS (AP) – The Champions League match between Paris Saint-Germain and Borussia Dortmund will be played without fans because of the spread of the coronavirus, Paris police said Monday.

The match will be played Wednesday at Parc des Princes. Dortmund leads 2-1 from the first leg.

PSG said it took note of the decision and said the club remains ''fully mobilized to organize the match in the best possible conditions.''

France has banned gatherings of more than 1,000 people. The country reported 1,126 cases of the virus as of Sunday, up 19% from the day before and the second largest number of cases in Europe after Italy.