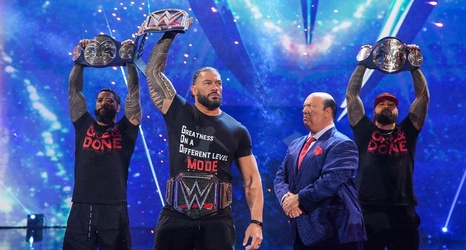 On the heels of a wildly entertaining WrestleMania, WWE’s next pay-per-view seems unlikely to continue that momentum.

WrestleMania Backlash will take place in Providence on Sunday. In addition to featuring rematches from WrestleMania 38, the PPV will help set the stage for some of the more important events that WWE has coming up this summer.

The lack of a men’s world title match is the biggest reason that WrestleMania Backlash doesn’t feel much more important than an episode of Raw or SmackDown. Instead of having a title defense, undisputed WWE universal champion Roman Reigns will team with his cousins The Usos in a six-man tag match against Drew McIntyre and RK-Bro.